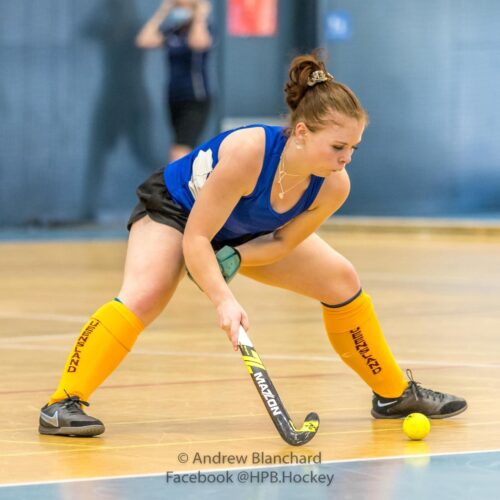 Following months of planning and talent identification, the 2022 Australian Indoor squads have been announced, comprising 187 athletes from across the country. It includes two Kedron Wavell Wolves Lily-Kate Charles and Chloe Daly, who are named in the 2022 Australian Women’s Emerging Indoor Squad.

Due to the effects of Covid restrictions, the Australian Indoor coaches worked with local coaches and selectors in finalising the squads over the past three months, including our very own Troy Rossiter (Radar).

Australian Indoor Women’s Head Coach Mark Sandhu said he was pleased with the selection process considering the challenges. “It is great to be able to refresh the squads, and the development of these athletes starts now as the focus moves towards the next Indoor Hockey World Cup,” said Sandhu.
“With the support of Hockey Australia and state-based selectors, we have been able to see most of the athletes compete in state-

level competition”.
“I am looking forward to seeing how these athletes respond to the challenges and the opportunity to compete against their fellow squad members in the training camps to be scheduled later in the year”.

Lyn Hill oversaw the selection process of Hockey Australia Indoor Advisory Group Chair and was pleased with the outcome. “The announcement of the Australian Senior, Junior and Emerging Indoor squads for both the men and women is a welcome step forward after such a difficult two years,” said Hill.
“Congratulations must go to Mark (Sandhu) and Steve (Willer), Assistant Coaches Liam Dixon and Troy Rossiter and all the other key Indoor stakeholders who have worked together to ensure all of the players who nominated for these squads were given the opportunity to be considered for selection.”

“Further congratulations to the players named in the squads, and I wish them all the best as opportunities become available for training camps and future competitions with borders opening up for overseas travel.”

Further details regarding training camps and other organised events will be released in due course. The time and location of the next FIH Indoor Hockey World Cup are to be confirmed.