By Peter GaddesJune 25, 2019News
No Comments

As well as imparting his encyclopaedic knowledge on the finer points of Field Hockey and inspecting the newly laid surfaces of both the artificial and real turf fields,  Dr Lynham was able to announce the great news that the State Government would be playing their part in Burringbar Parks development by  spending close to half a million dollars to construct a new amenities building to support female participation.

Dr Lynham stated “Hockey is a terrific and ever growing sport with teams all across the State. Australia has an enviable record of winning gold at Olympic and Commonwealth games, Oceania and World Cups and Champions Trophy competitions. With investments like this by your Annastacia Palaszczuk MP State Government the wins and the gold will keep coming.”

The amenities building will include change rooms, showers and toilets, umpires room and first aid. 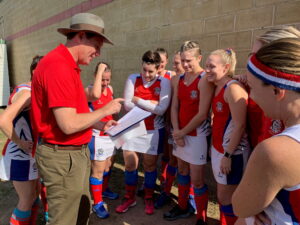 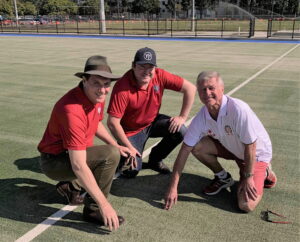