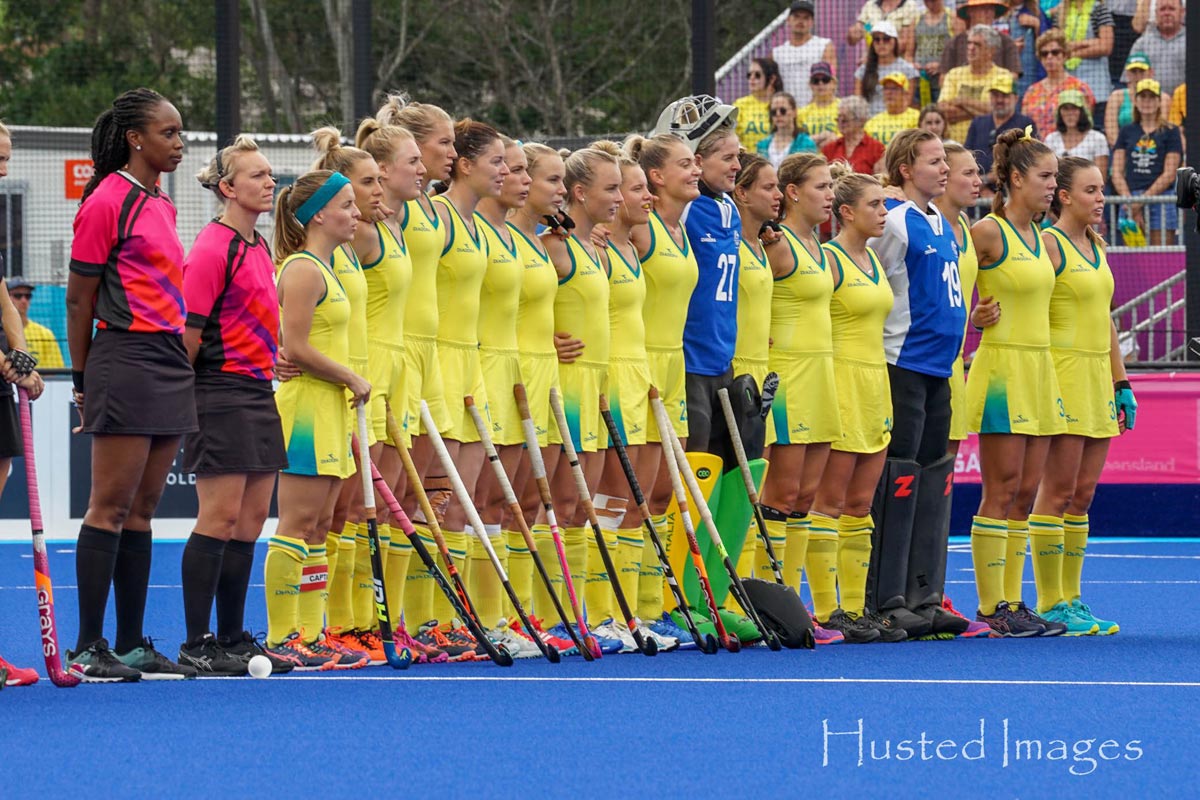 With two wolves, Jodie Kenny and Savannah Fitzpatrick named in the Hockeyroos Squad for the 2018 Gold Coast Commonwealth Games (GC2018), it definitely made for a #ProudToBeAWolf moment.

Right from game one the Hockeyroos played their hearts out with Wolf, Jodie Kenny, putting away a neat shot for Australia to win that game 1-0 vs. Canada. The Hockeyroos were off to an epic start.

Results for all Hockeyroos matches were as follows:

A piece of history was also made at the Commonwealth Games, and a BIG CONGRATULATIONS to our own Jodie Kenny who was named Hockeyroos’ highest goal scorer EVER in Commonwealth Games History – WHA?! You go girl! #WhenWolvesBreakRecords

We are SO proud of our wolves, Jodie and Sav, and the whole Hockeyroos Squad for taking home the Silver! Guaranteed, if we weren’t at the stadium cheering you in person, all our eyes were glued to a screen somewhere cheering AUSSIE, AUSSIE, AUSSIE – OW, OW, OWWWWW!

We collected a stack of photos into a Facebook Album of wolves out cheering Australia – Hockeyroos and Kookaburras – at the Commonwealth Games. SEE PHOTOS HERE.

We’d also love to make special mention of all of our wolves volunteering in various capacities at the Commonwealth Games – Christine Blanchard (Club Secretary), Josh Aleksic & Candice Luff – so great to see the photos of all of you #gamesshapers <3.

Another shout out should also go to Abby Heffernan and Mel Blanchard who got the call up to umpire the Queensland vs. Hockey India match at the State Hockey Centre on Saturday 31 March. This game was organised as a part of India’s women’s hockey team preparations for the Commonwealth Games. You can read a write up from Fraser Coast Chronicle here. Well done ladies!

We loved seeing our passionate wolf pack out there being part of every facet of CommGames action! 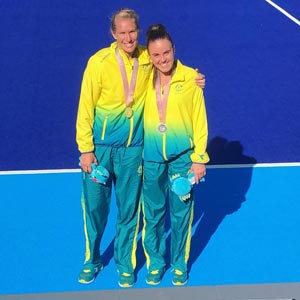 A hat-trick Tiger Turf Cup win for the Wolves!

A hat-trick Tiger Turf Cup win for the Wolves!