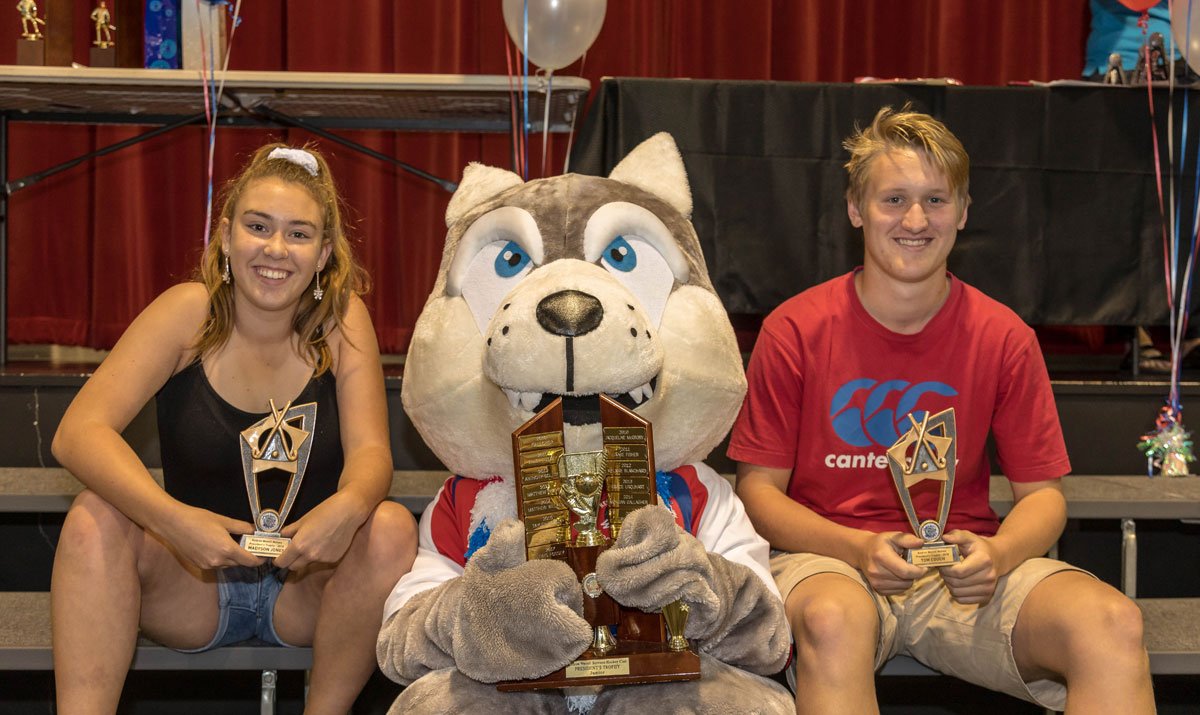 Thank you to everyone who attended our 2018 Kedron Wavell Hockey Club Junior Presentation. We hope you all enjoyed the event & are looking forward to a season of Junior Summer Hockey, or counting down the days until the 2019 season commences! SEE FACEBOOK ALBUM FOR PHOTOS BY Hockey Photos Brisbane

We’d like to again thank all of our 2018 Coaches – you’re all AH-MAY-ZING and we can’t thank you enough for your time throughout the season!

And from here, we congratulate the following players in the 2018 season:

Juniors who have completed their final year in Juniors in 2018, and age out to full-time seniors from 2019:

U7 and U9 team participation awards:

Most Promising Rookey: Each year our young ones show great talent in the U9 Rookey competition and we even have some that sub up early into full competition. Each year we recognise 2 young talented players. One girl and one boy. These trophies are given to the young player that is recognised as ‘The Most Promising Youngster’.

2018 Loyalty Awards – Presented by Club Patrons Mrs Jenny Tidey OAM & Mr Ian Harcla: Each year we recognise our players that have played 5 or 10+ consecutive seasons with Kedron Wavell. Over the years there haven’t been too many members that have reached 10 consecutive years.

Team Presentations: From U11’s our kids are now in competition hockey, and we’ve had great games in both boys and girls, with all kids playing very well. We’ve all had the chance to watch some talent emerging from our ranks, and would now like to recognise this. For each team, there are 3 awards: Best & Fairest, Most Improved and Coaches’ Trophy. Coaches’ Trophy is a new award recognised this year for the team member that has been encouraging, inspiring or all round given heart.

Girls JT4: This was a young, new team, brought together from the previous year’s turf team, and some new players to turf in their first year of J’s. JT4 started the season with coach Tanya Hoyle, and due to work arrangements, Tanya had to retract her coaching role, and in came Emily Hegney and Alison Dewar. All 3 coaches had a positive effect on these players, Tanya starting with a very mismatched team, bringing them together to start their turf journey together, and Emily & Alison continuing that and progressing their skills to see them play the first-round semi against the minor premiers SBE, and winning 3-1 to move straight to the Grand Final game.

The girls played a great game at the Grand Final, back up against SBE, however this time couldn’t put one away, however also kept SBE from putting in a goal, and the result was a joint premiership with a 0-0 draw. Congratulations girls!

Boys J3: This team of young lads saw a team made up of 6 boys from last year, and a new intake of U13’s that aged up and 2 newcomers. These team changes made a great group of boys and with the support of each other developed them into a fantastic team showing great spirit and determination to do their best. These boys had a great season, finishing as Minor Premiers. The boys had a great win over Norths in the first round Semis, moving straight to the Grand Final against Redcliffe, coming away back to back Premiers with a 4-0 win.

Girls JT1: 2018 saw a big change for our JT1 team. 5 KW players from last year’s team and 9 new recruits (4 from Brisbane clubs, 3 from other regions and 2 returning KW wolf-cubs) and a new coach. Already our head senior coach, this year Nikki Taylor also took on the top junior team and then the fun started!

These girls came together quickly, and right from the grading games showed Brisbane they would be a force to reckon with. This was no better illustrated than with a win against the powerhouse Commercial club in round two.

For the remaining season, JT1’s continued this trend conceding only 1 loss and 1 draw. The achieved a string of convincing wins and a Fore & Against that allowed the team to take the minor premiership. As we moved into the finals, our games were considerably difficult with a loss against Commercial and a draw against Easts, forcing the team to make the grand final game the long way. The grand final against Commercial saw one of the tightest matches for the whole season. With the score 1-1 at 59 mins we all thought we were going to shootouts. However, with a short corner at 40 secs to go Kedron score for a 2-1 win!

Senior Ladies Trophy – This trophy was donated by Mrs Jenny Tidey & is presented to the most promising junior girl: GEORGIE WEST

Senior Men’s Trophy – Formerly the Division 1 trophy this is presented by the Senior Men’s section for the most promising junior boy: DECLAN BAKER

Presidents Trophy – This trophy is presented to both a boys and girls player who has been a good ambassador for the Club (Pictured):

We congratulate all of our award recipients – well done on a fabulous 2018 season wolves! #kwhockey